For sale from my private vintage collection, as 1 golden dress watch is enough for me:
A wonderful and rare Ulysse Nardin high-beat dress watch. 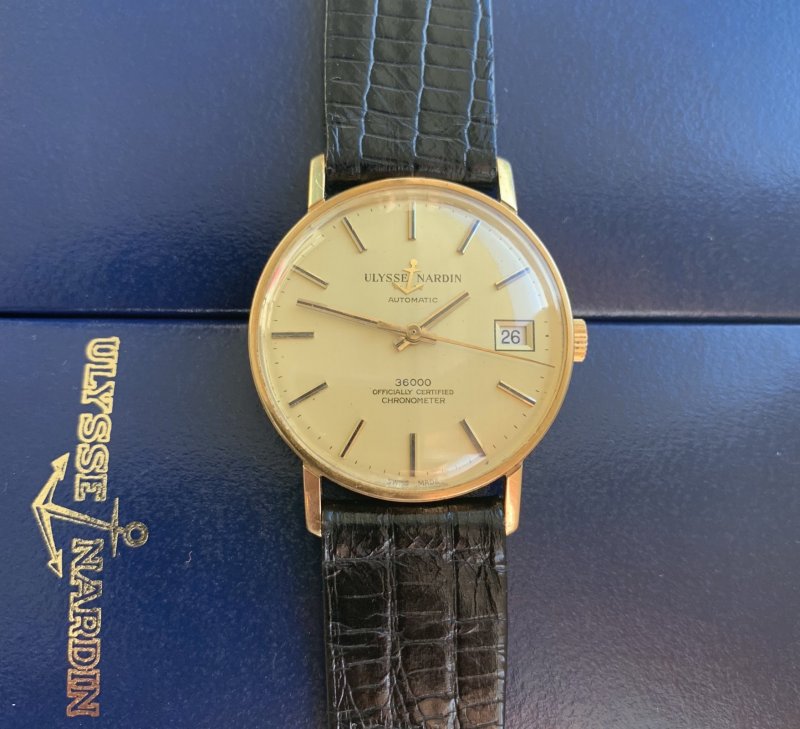 It comes with the original box, but without papers. The watch was made in the 1970’s. The case is made of 18k solid yellow gold. The diameter is 35mm. The strap and buckle are “after market”.

I bought the watch from the brother in law of the original first owner, who had a professional made an engraving on the caseback (his initials).

Asking price is 1.299,- euro including insured shipping with track and trace.

It is a 36.000 beats movement. According to mutiple sources, only 1.000 of these movements were ever made. Interesting quote from Timezone UK: “In the case of the UN 36000 Chronometers, the cal. ETA 2826 was used as a base, and the finished movement was designated cal. NB 11 QU. It features 25 jewels, a screwless Glucydur balance, a self-compensating flat hairspring, Incabloc shock resistance, and fine regulator adjustment by eccentric screw (reference source: Heinz Hampel’s Automatic Wristwatches From Switzerland, pg 99). The movement also features quickset date and hacking functions. According to a helpful source at UN, only 1,000 of these movements were produced, though they were placed in a wide variety of case types and styles.”

I personally like these high-beat movements a lot, since they make the seconds hand move smoother and they produce a wonderfull fast “tick tick tick” sound... (I own two other high-beats).

The dial and hands are in perfect condition. I do not know the service history, but the movement is running well. My Timegrapger showed a deviation of +12 seconds per day. The case and lugs show signs of wear, as you would expect with a watch over 40 years old. 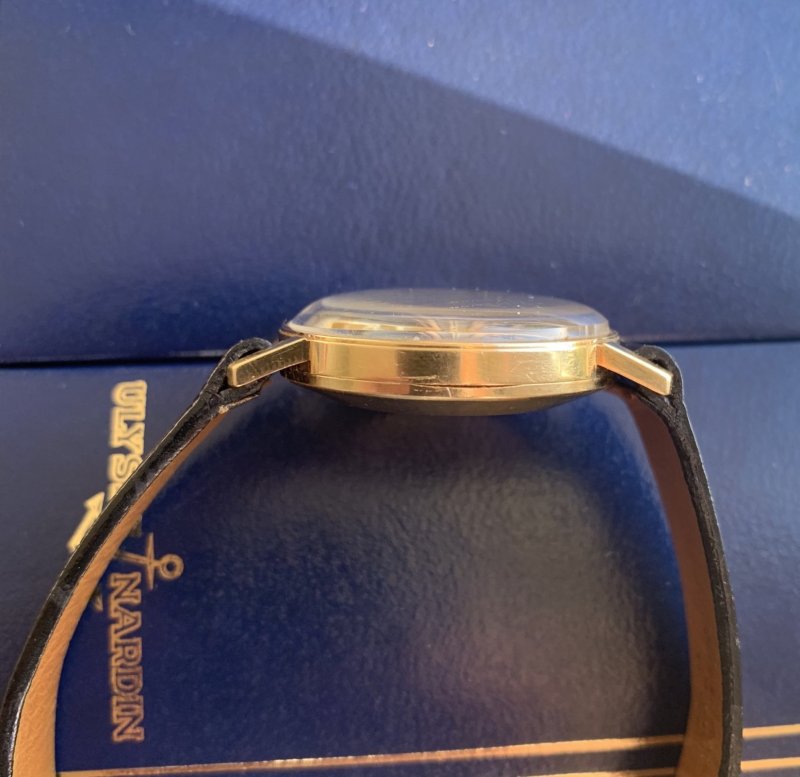 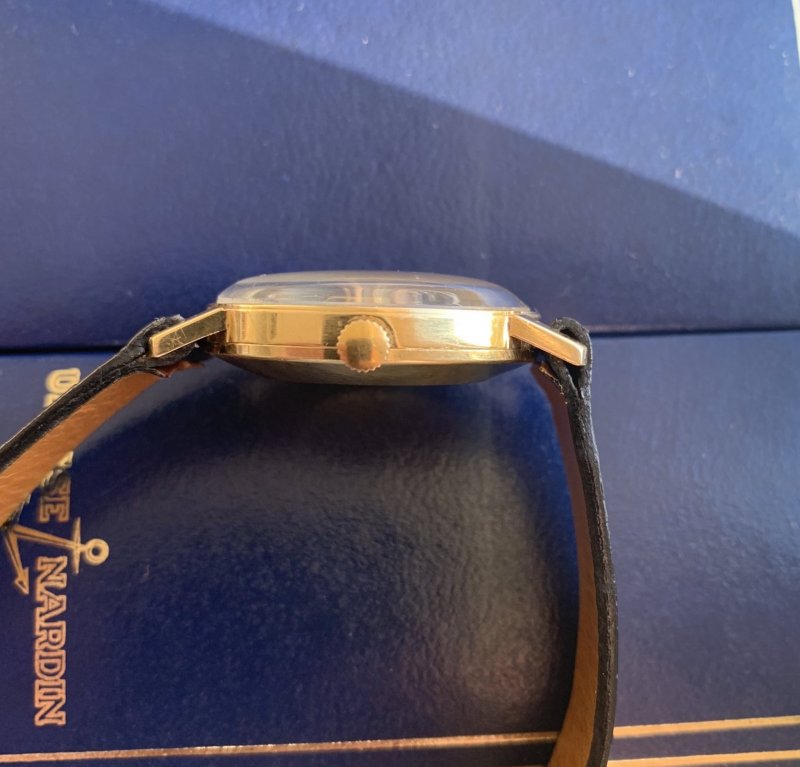 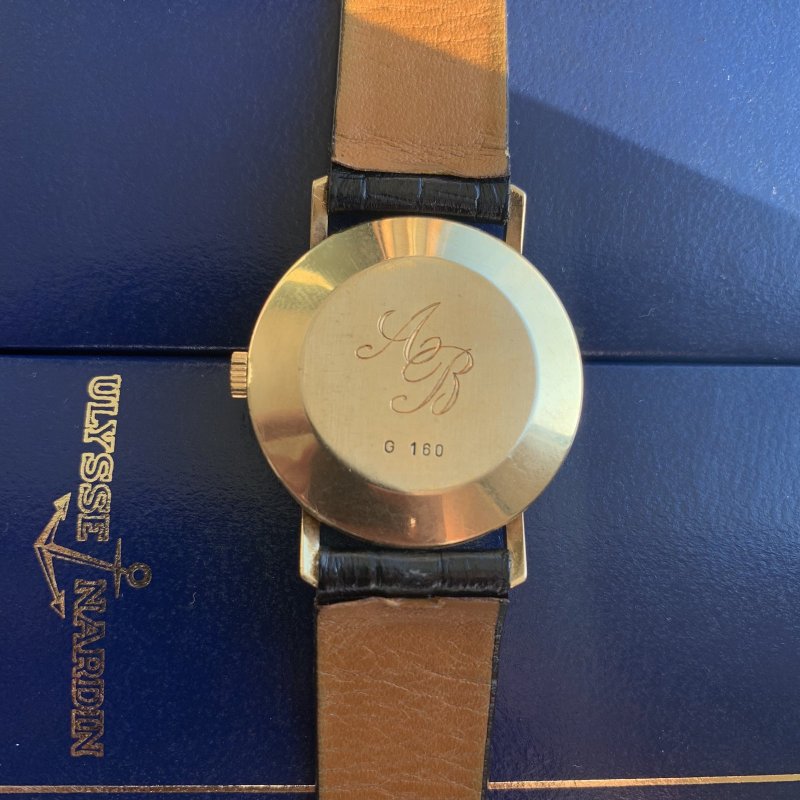 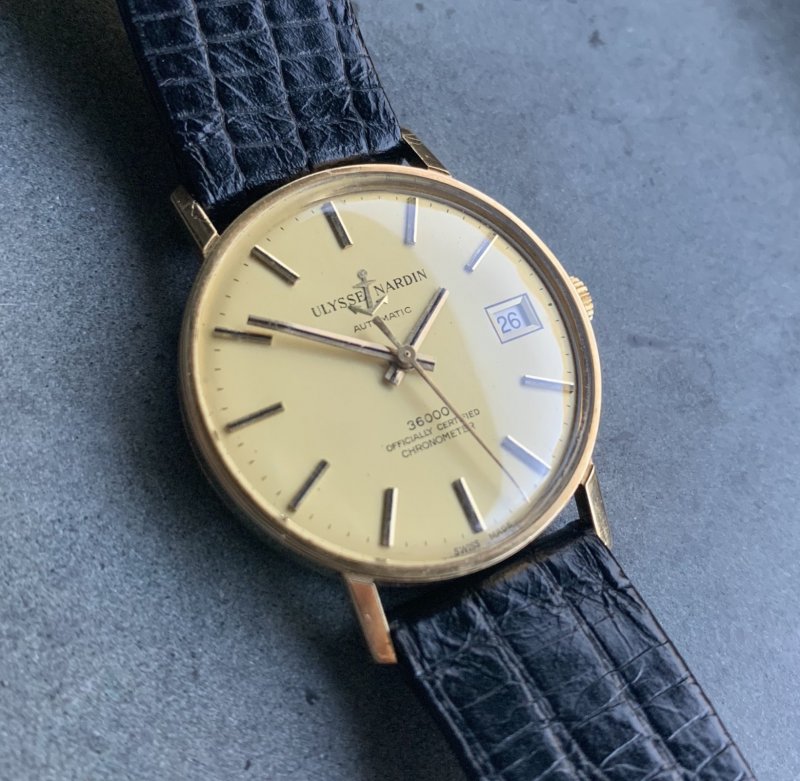 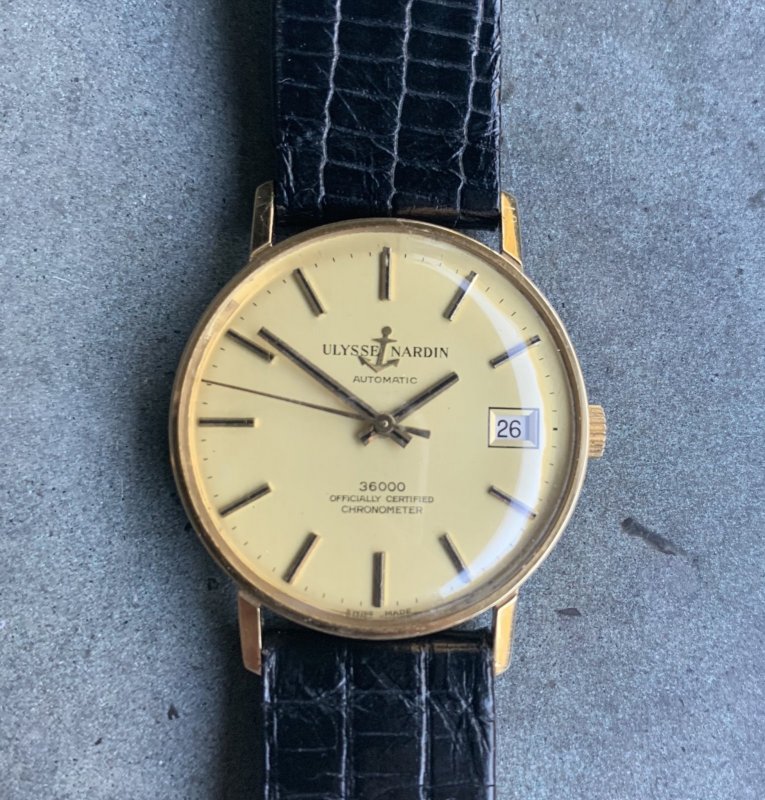 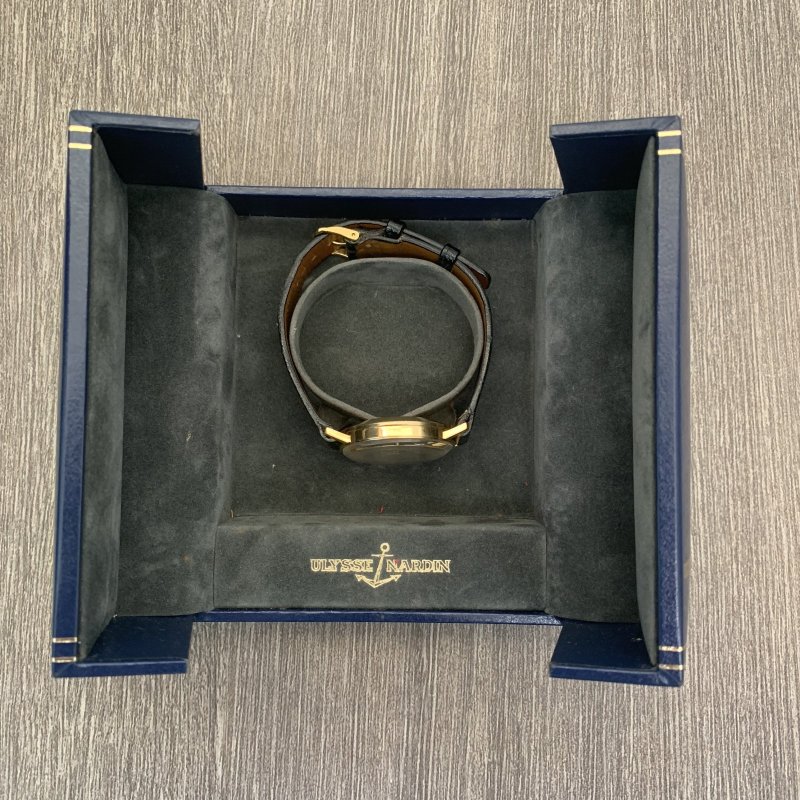 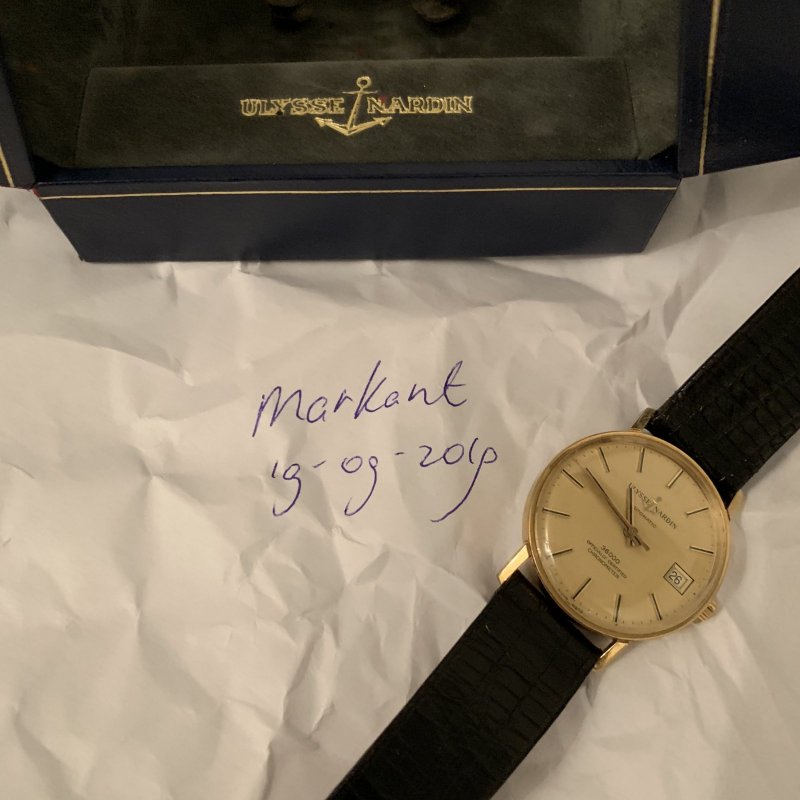 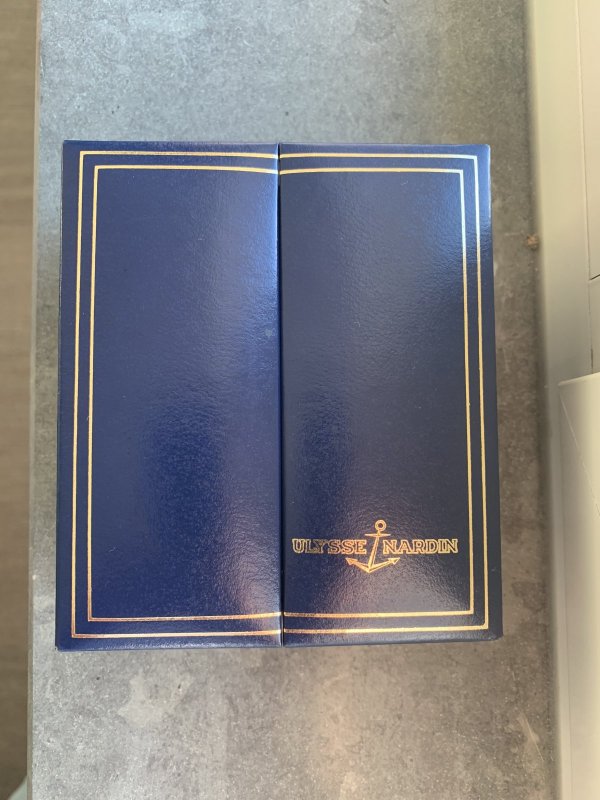 Important:
I am a private seller. I offer no warranties. I do allow a return within 24 hours after receiving it, if the watch description (including the pictures) was inaccurate in a major way.
Neues Thema erstellen Antworten
Thema: