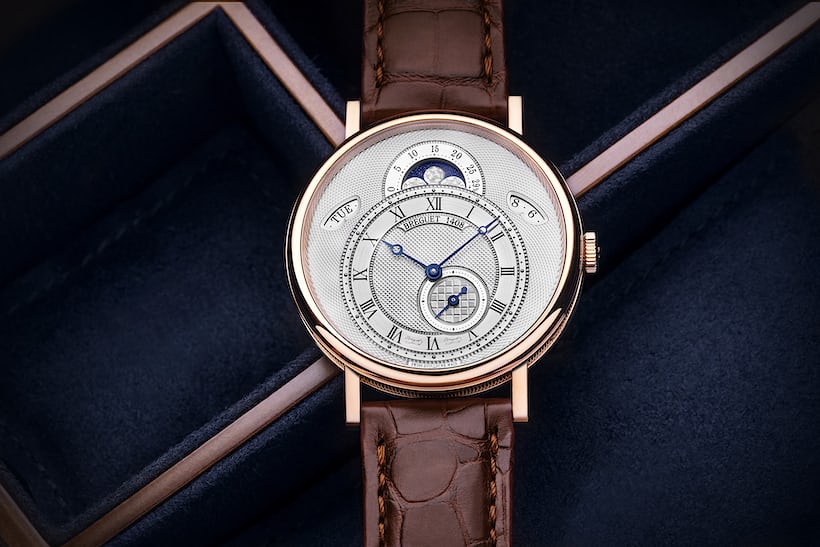 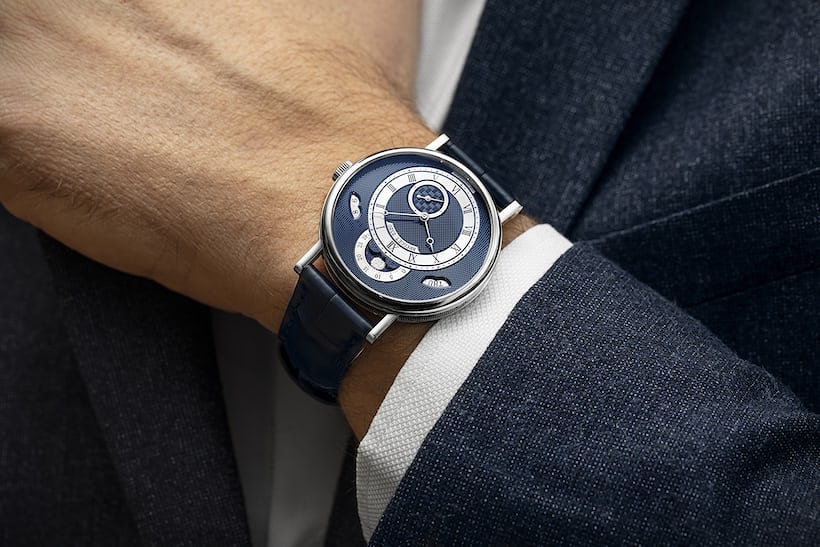 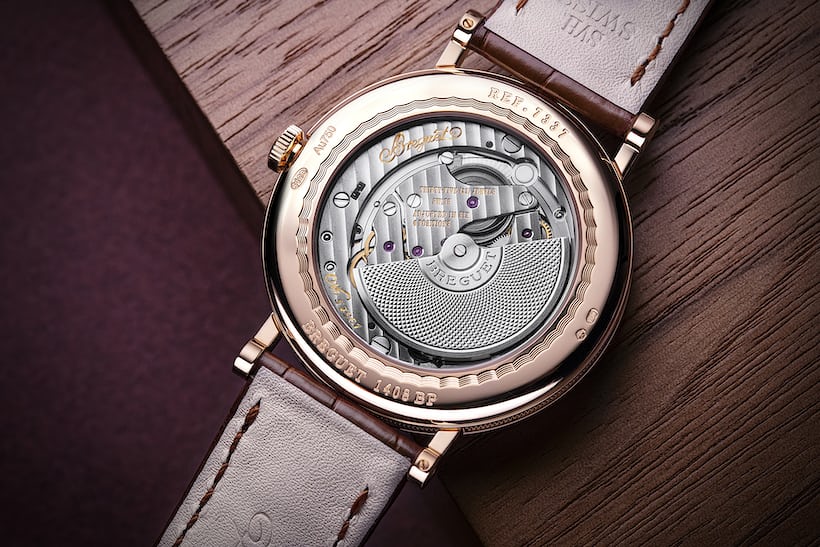 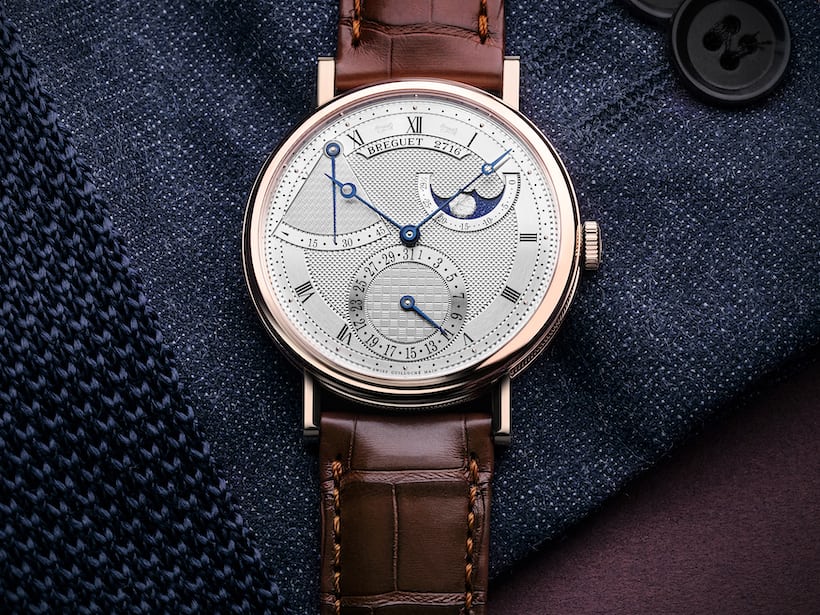 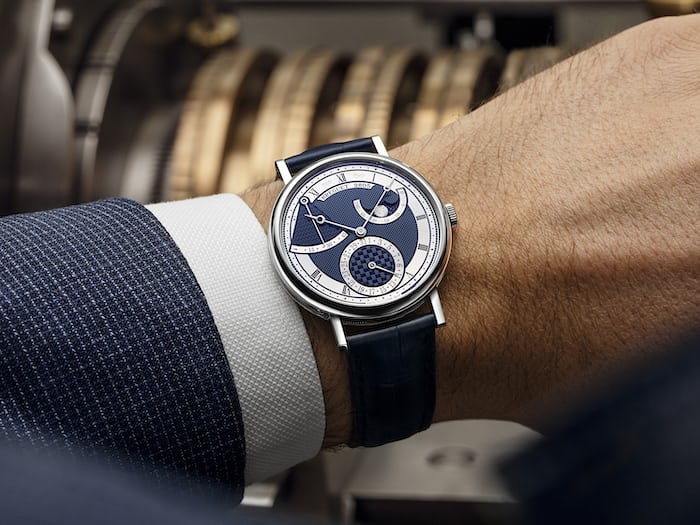 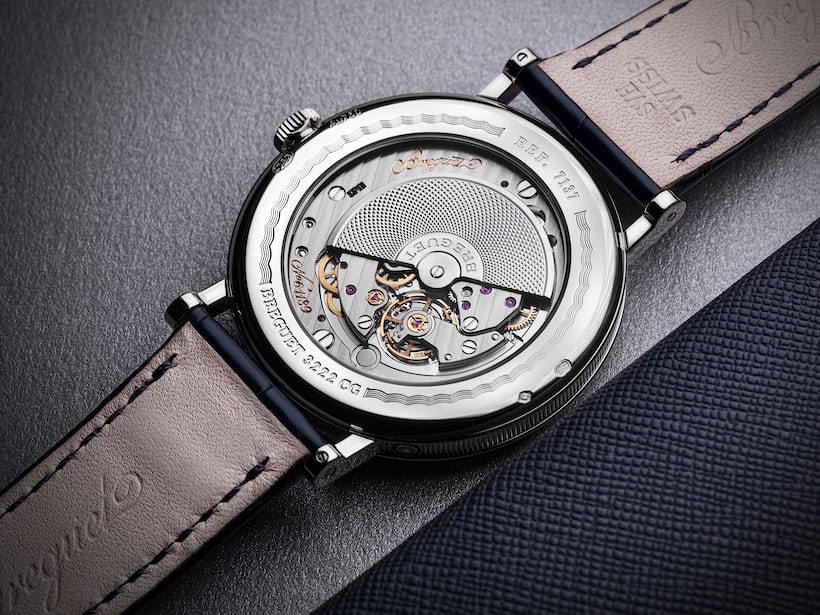 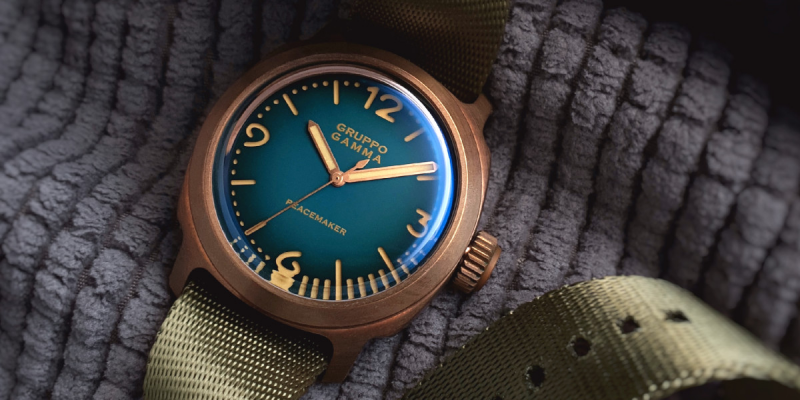 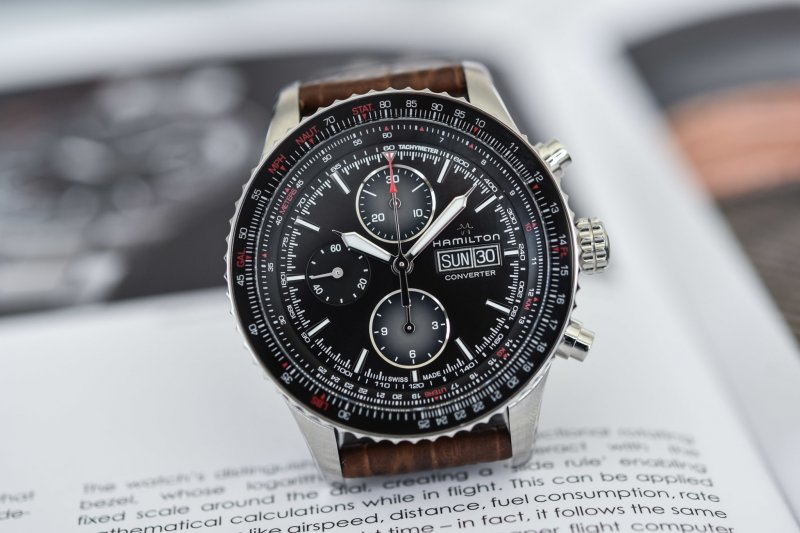 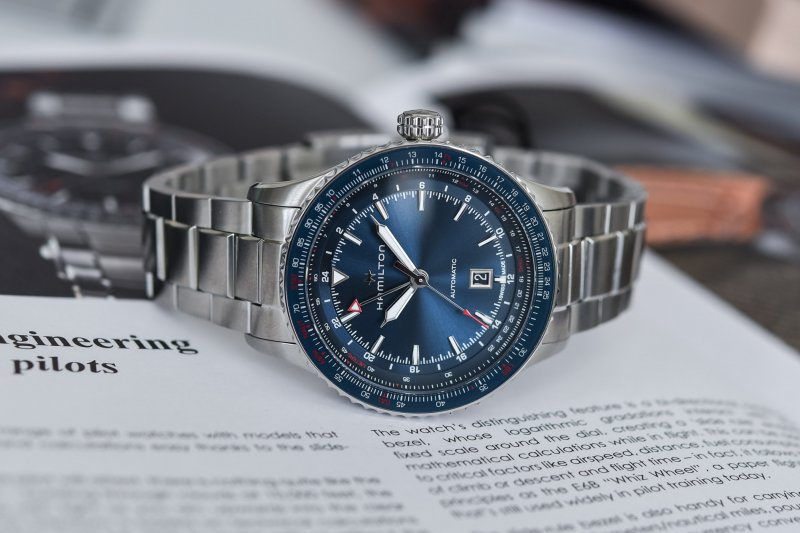 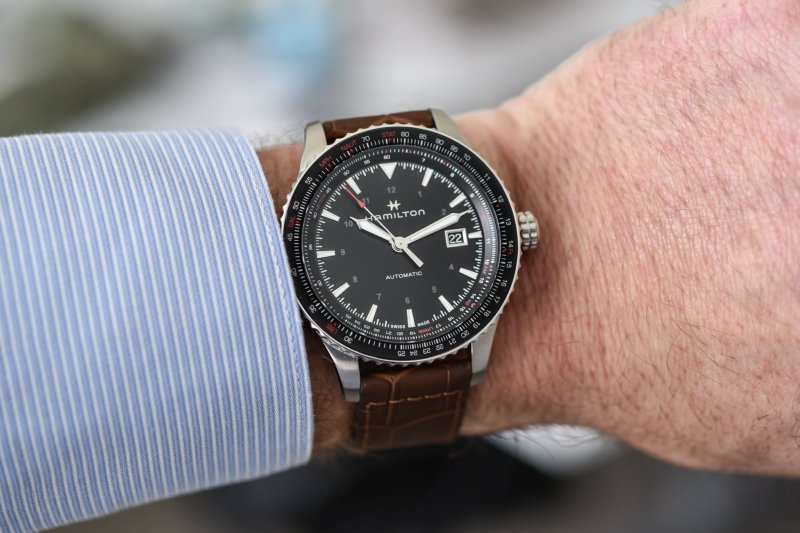 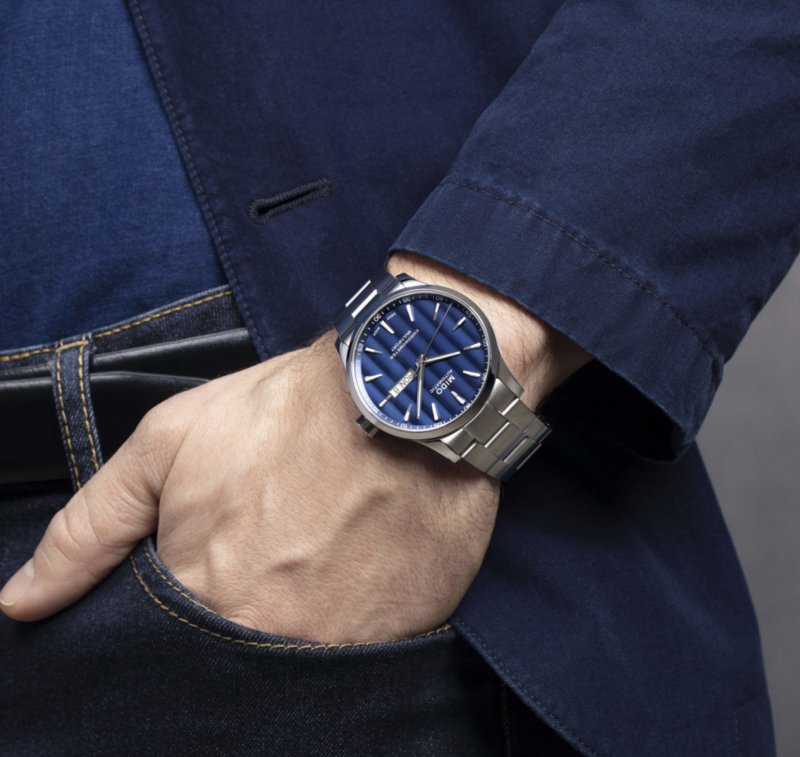 Powering the Aviation Converter Auto Chrono is the Calibre Hamilton H-21 Si, an improved take on the Valjoux 7750 cam-operated movement. In short, the entire kinematic chain has been refined, from the barrel to the escapement, the mainspring has been improved to increase the power reserve from 42 hours to now 60 hours, but the frequency has been kept at 4Hz. Also, this watch is the first of the serially-produced Hamilton chronographs to feature an anti-magnetic silicon balance spring (it was used previously once on a COSC-certified limited edition).
Zum Vergrößern anklicken.... 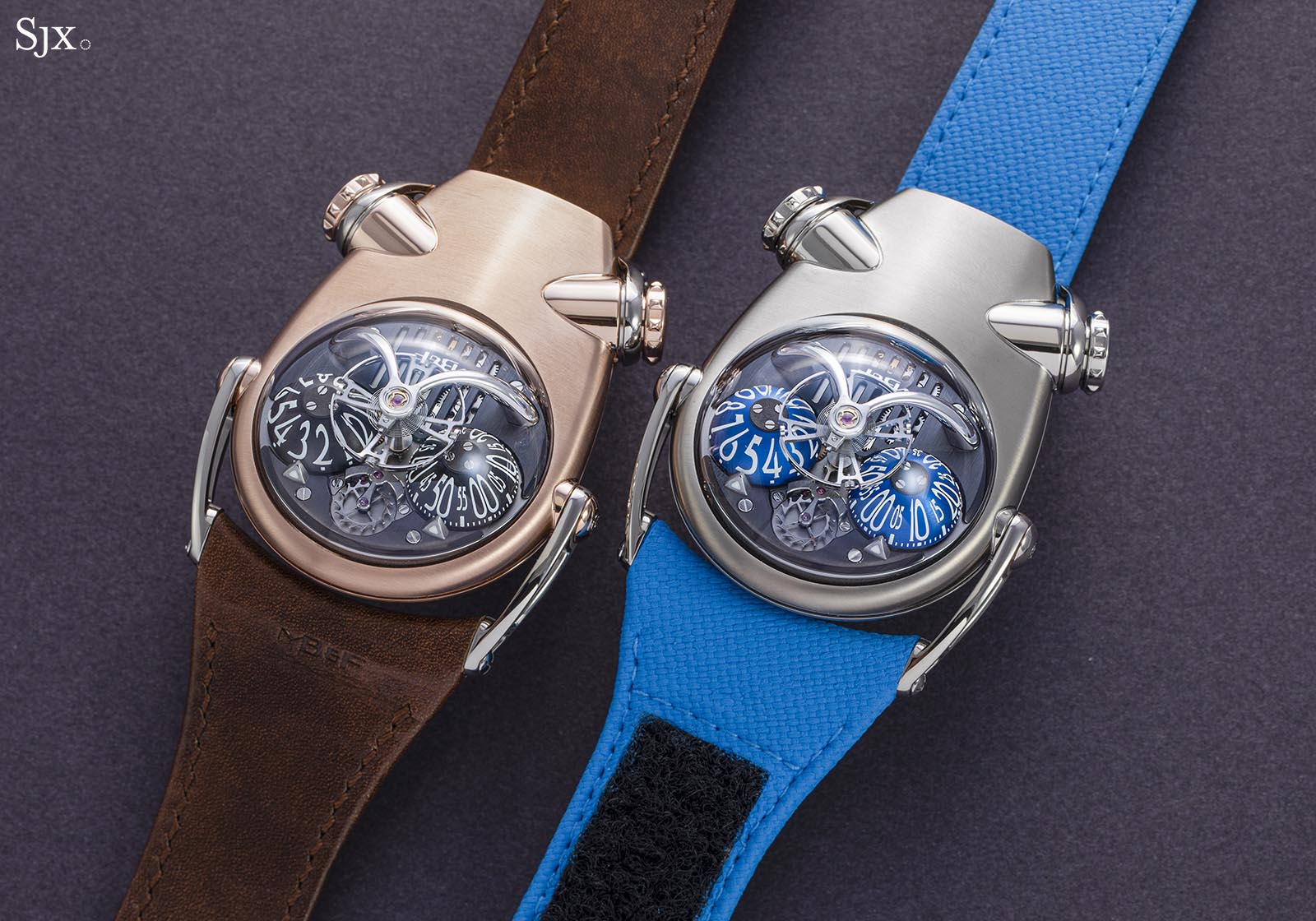 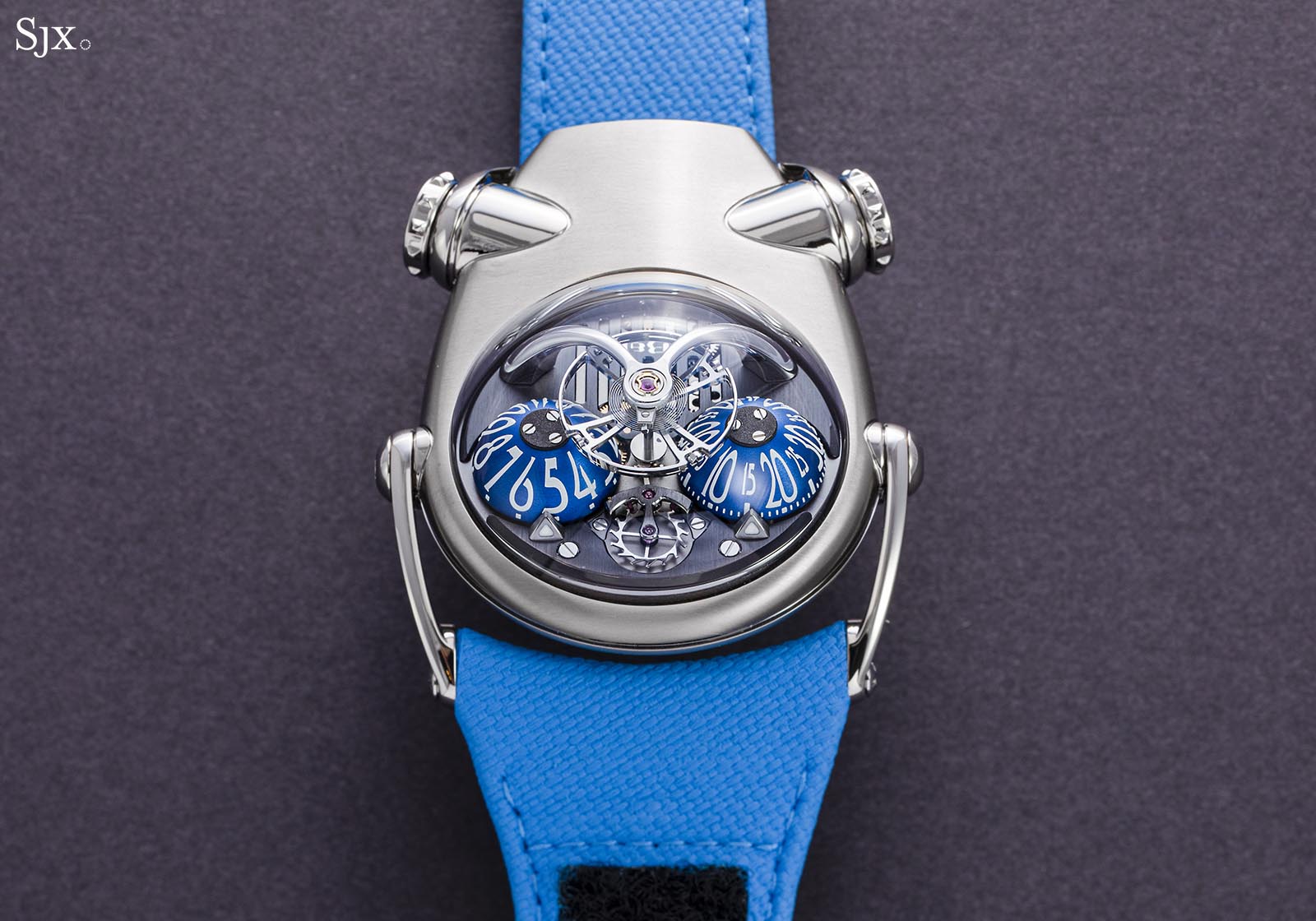 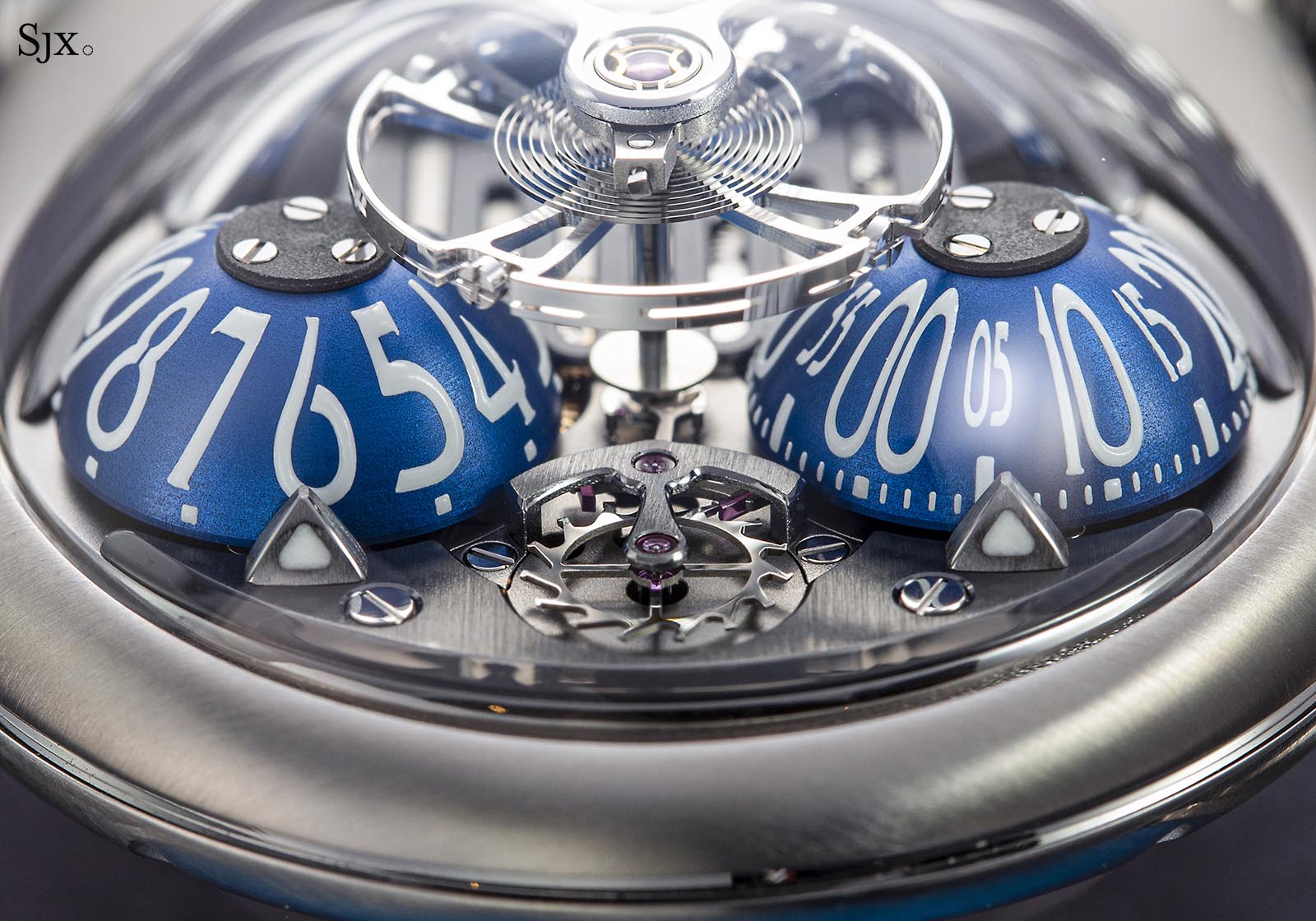 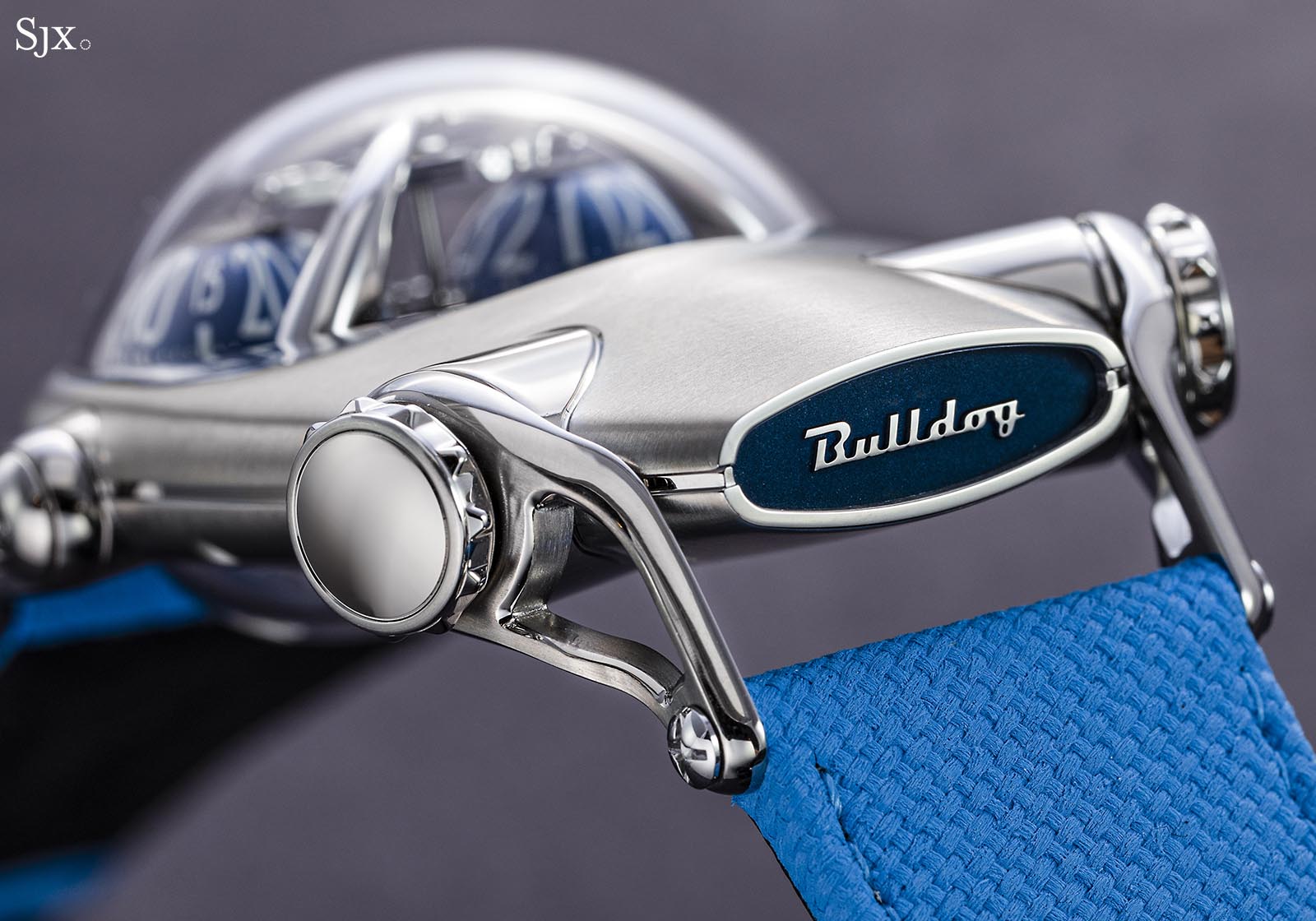 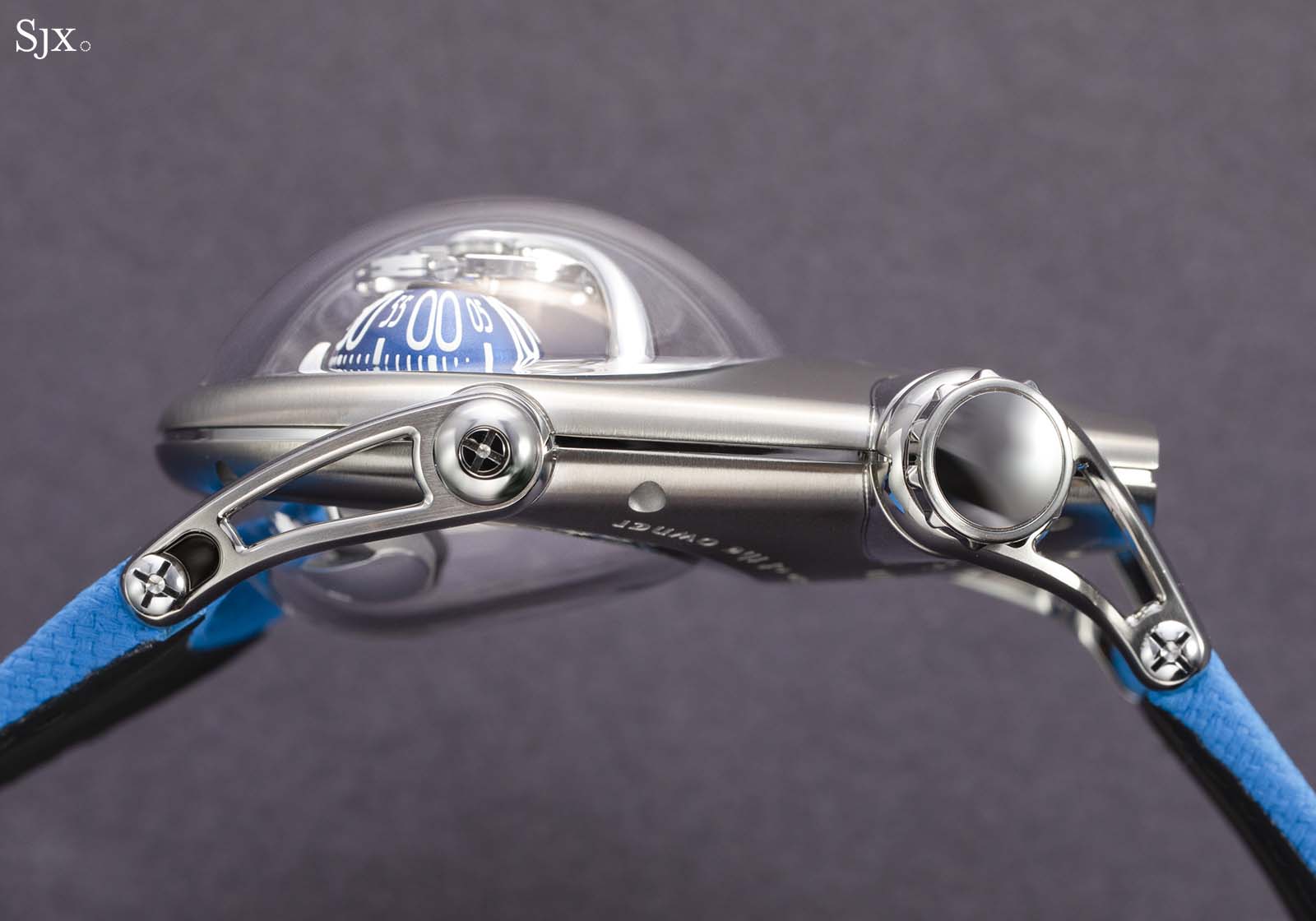 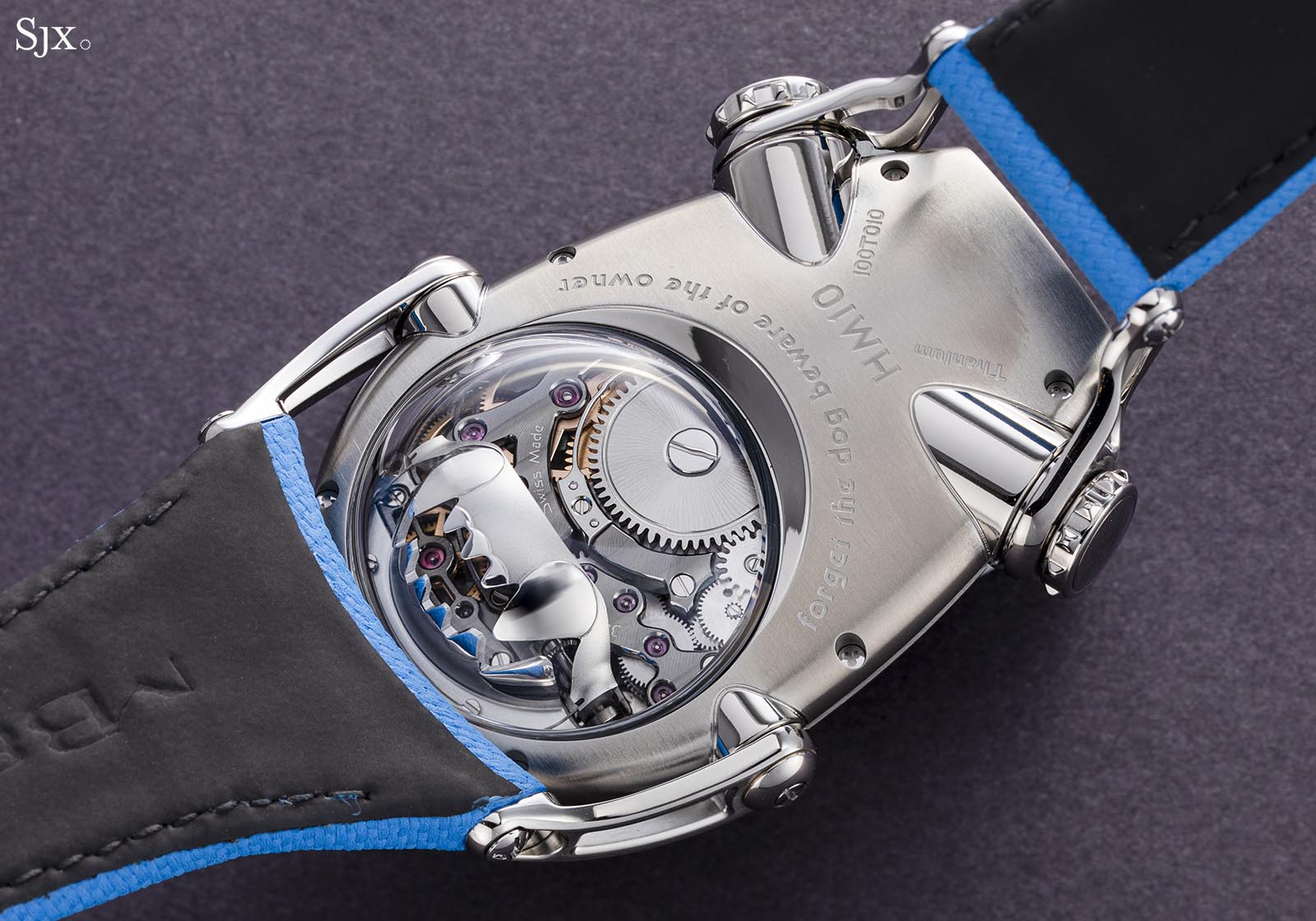 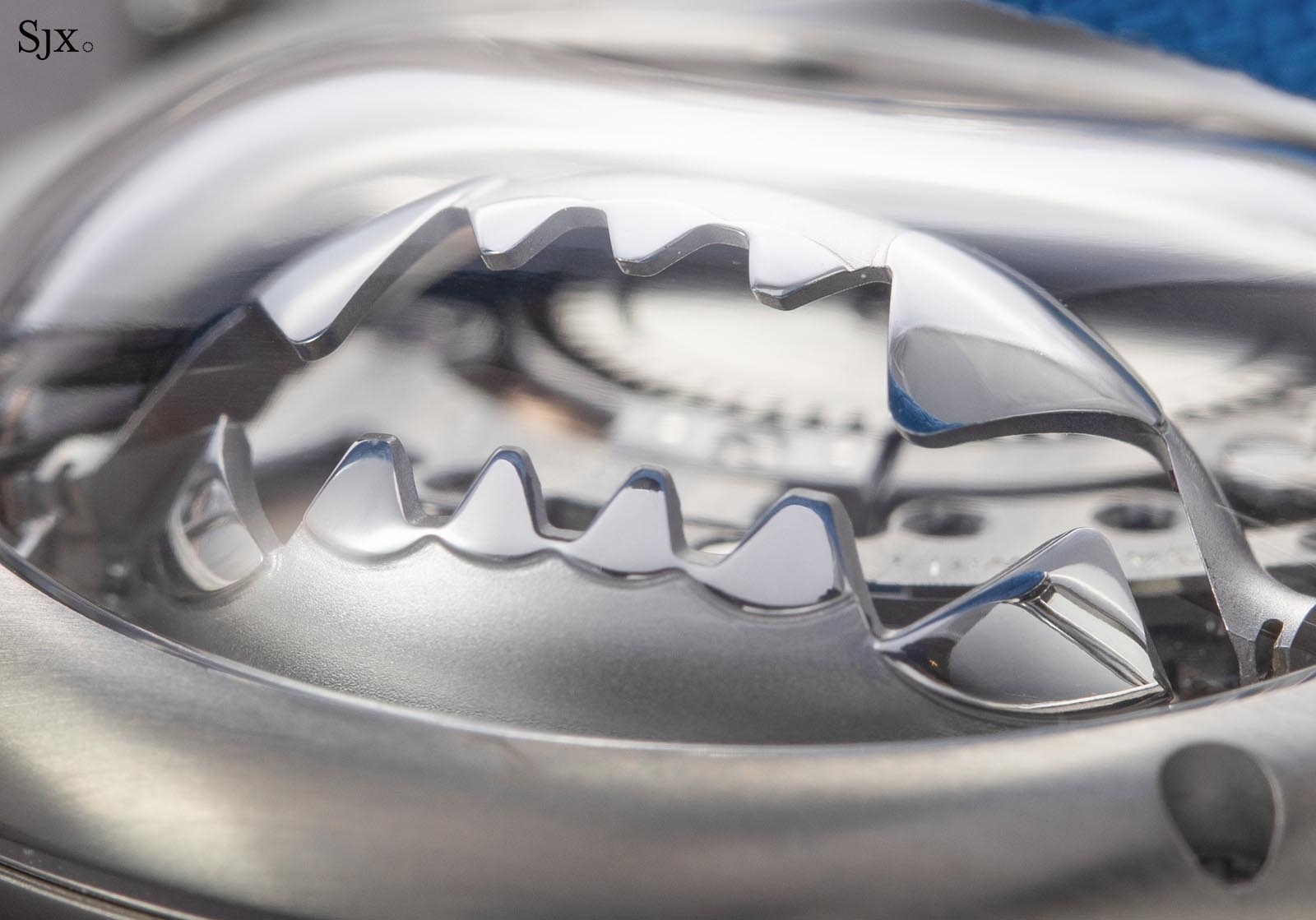