Shipping in late-March | Only 99ppcs

Shining Light On A Dark Past - BOLDR Supply Co. Pays Tribute To The Radium Girls With The Venture Un.Dark

BOLDR Supply Co. has released a special edition titanium Venture watch that commemorates the Radium Girls, who were young teenage factory workers handling highly dangerous radium-laced luminescent paint, completely unaware of its harmful effects. Their story is a solemn reminder of the watch industry’s dark past which claimed many lives before global health & safety standards were regulated. The Venture Un.dark is available now on www.boldrsupply.co on a limited release of 99 pieces.

SINGAPORE: BOLDR Supply Company is paying tribute to the sacrifices of the Radium Girls with a special edition titanium Venture named Un.dark, after the luminescent paint that was popularly used in the years during and following World War 1. The Radium Girls were a collective of young teenage factory workers who would handle this paint every day without protective equipment, exposing them to its harmful side effects and ultimately causing severe health issues and painful deaths to many. The watch is dedicated to the memory of the fallen girls, featuring an outline of a dial painter on its face and custom artwork on its caseback.

Following its discovery in the early 1900s, radium-laced paint eventually found its way to the US where it was painted on the dials of watches, clocks and airplane dashboards during the first World War. Young teenage girls were hired by industry giants such as the United States Radium Corporation (USRC) in New Jersey, to handle the patented Undark paint. Assured that it was perfectly safe to use, the girls handled the paint without any protective gear and even enjoyed painting their teeth and faces to make them glow in order to attract the attention of local boys. Each time their paint brushes were dipped between their lips to make a fine point for painting, they ingested small amounts of radium which seeped into their bones. Before long, they literally began to glow in the dark, earning them the nickname 'Ghost Girls'.

At the time, radium poisoning was not a secret - male workers in chemical plants wore lead aprons and face shields when handling radium. Yet somehow, radium-laced products such as cosmetics and toothpaste were being advertised in a positive way. It was later discovered that this misleading propaganda was secretly funded by the industry players themselves, but prior to that virtually no member of the public knew they were slowly being poisoned.

Slowly but surely, damaging effects of radium begin to show - in 1922, one of the USRC workers named Mollie Maggia suffered abscesses in her mouth, disintegrating teeth, and a jawbone that dislodged into her doctor’s hands upon touching it. Horror stories such as these began cropping up and affecting teenage girls all over the country, but they were largely ignored, misdiagnosed, and shamed for unfounded accusations while corporations rushed to cover up their injuries and deaths.

A living Radium Girl descendent, Patricia Bauernhuber, recalls her family’s experience: “My grandparents, parents, and I lived in East Orange, NJ during the first four years of my life, a mile from the site of the infamous USRC watch manufacturing building. Our great-great aunt died a prolonged and painful death from years of working with the substance. Due to the path of the brook that abutted the factory where they dumped their paint waste, 70 years later the area would be a US Super Site for radium cleanup in Glen Ridge and Montclair. It would take many more years of disrupting neighborhoods and destroying property values to clean up those areas. The tragic saga of radium use in Essex County, NJ, and the young women who had to fight for recognition and treatment should be better known,” said Patricia, who expressed her gratitude for BOLDR’s commemoration to the sacrifice of countless Radium Girls.

With cases increasing over years, it took the courage and determination of a few heroic workers such as Grace Fryer in 1927 and Catherine Wolfe Donahue in 1938 to fight against guilty corporations and force governments to tighten work safety regulations. Writer Samantha Wilcoxson chronicled the arduous ordeal in her 2020 novel in hopes of raising awareness of these unsung heroes.

In Samantha's own words, “When I first learned about the fate of dial painters in studios using radium-infused paint, I immediately knew that I needed to write about their story. My novel, Luminous: The Story of a Radium Girl, is my tribute to these women, especially Catherine Wolfe Donohue whose faith and fortitude was an inspiration to me. The injustice and suffering that Catherine and her coworkers endured paved the way for many of the protections that workers have today. I am thrilled to see that BOLDR watchmakers share my passion to recognize the sacrifices of the Radium Girls. The Venture Un.dark is a lovely memorial to the hundreds of women who were exploited in order to create glow-in-the-dark watches. The ‘ghost girl’ on the watch face is a poignant reminder of the work these women did, and I especially admire the thoughtful engraving on the back. This watch is a wonderful way to honor women who are too often a forgotten part of our history."

The work safety laws that resulted from the sacrifice of Radium Girls eventually saved the lives of countless workers around the world, yet this story is not well-known even to those in the watchmaking industry. The Venture Un.dark was created to keep their legacy alive, and to thank the Radium Girls for their priceless contribution to society. 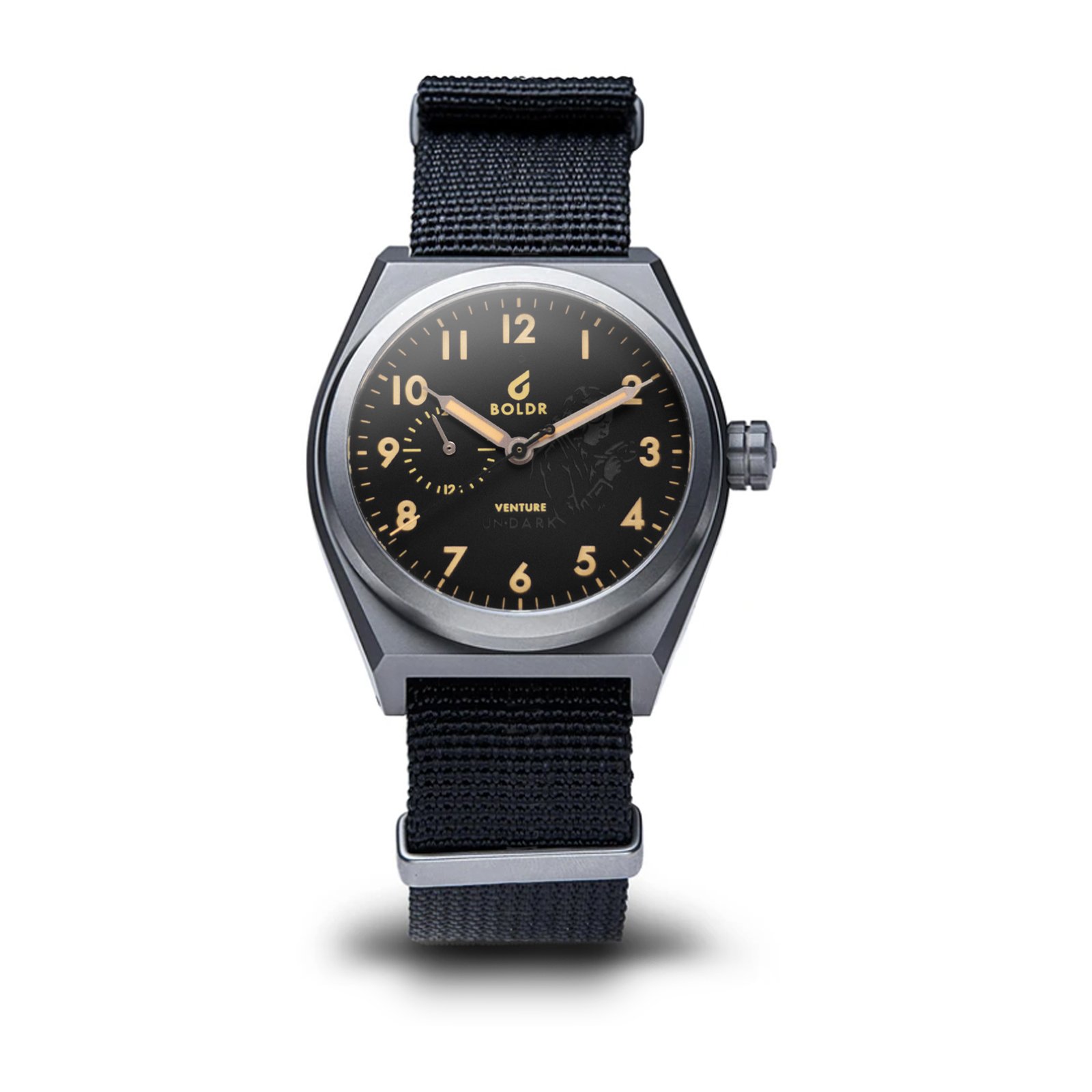 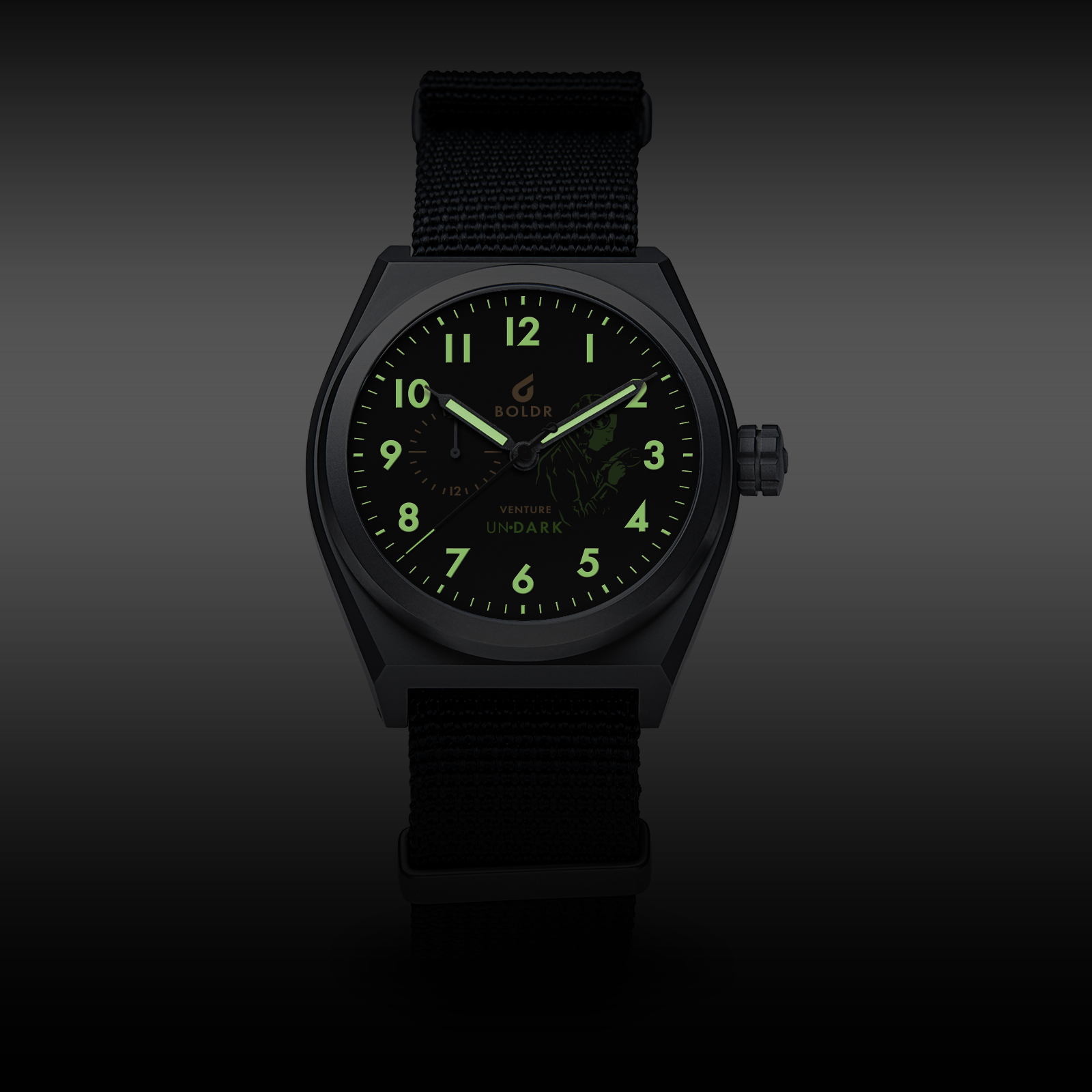 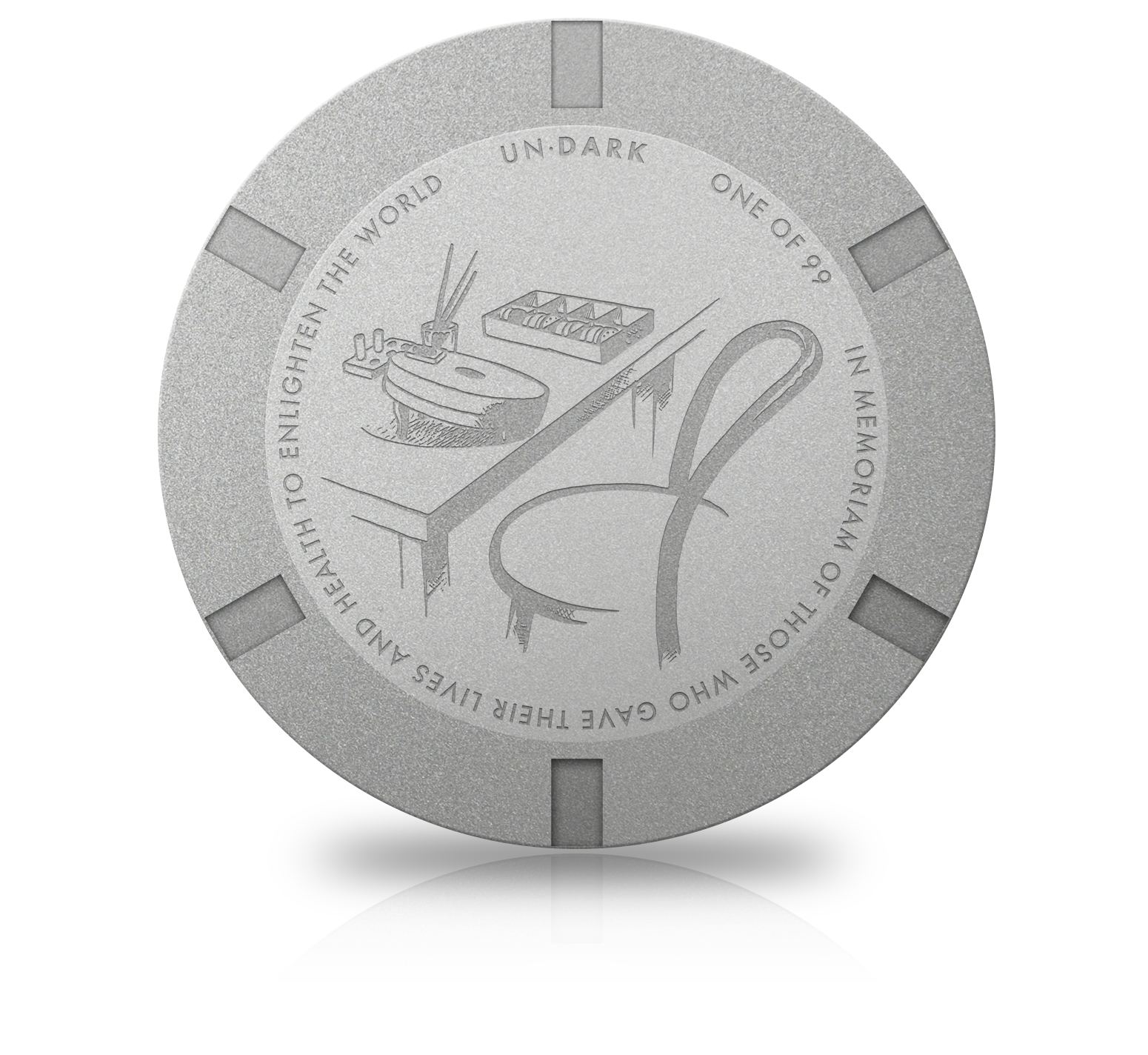 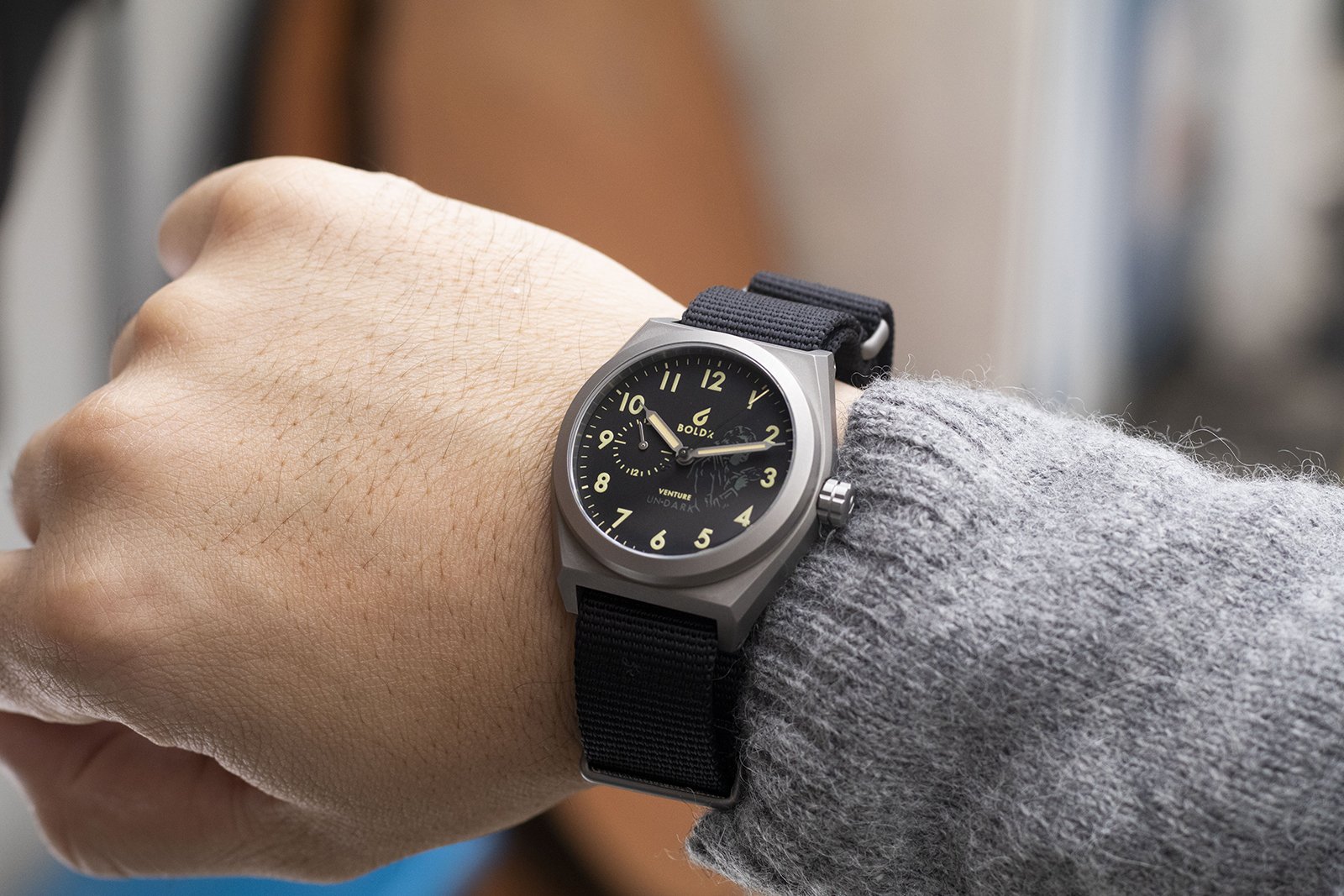 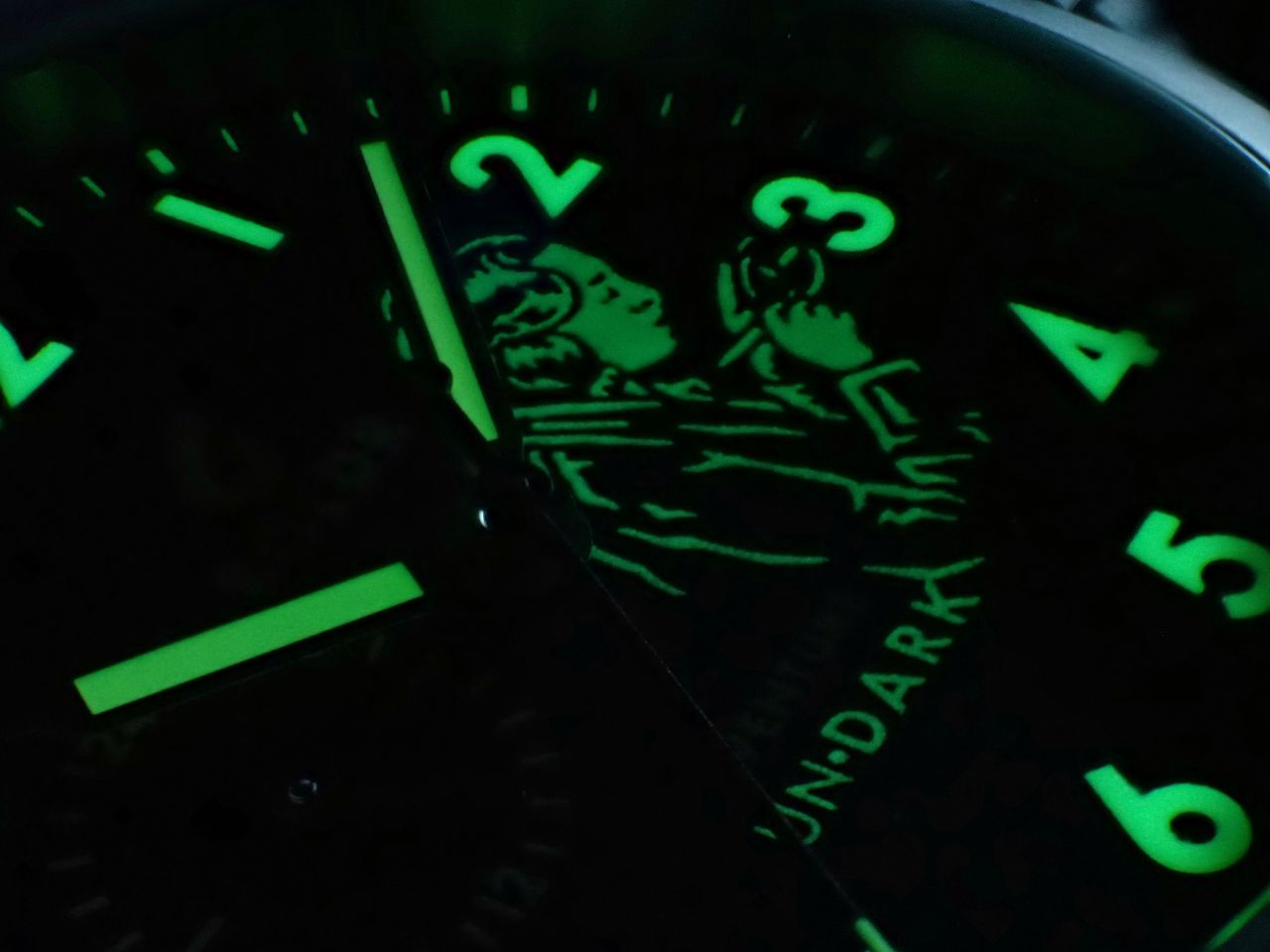 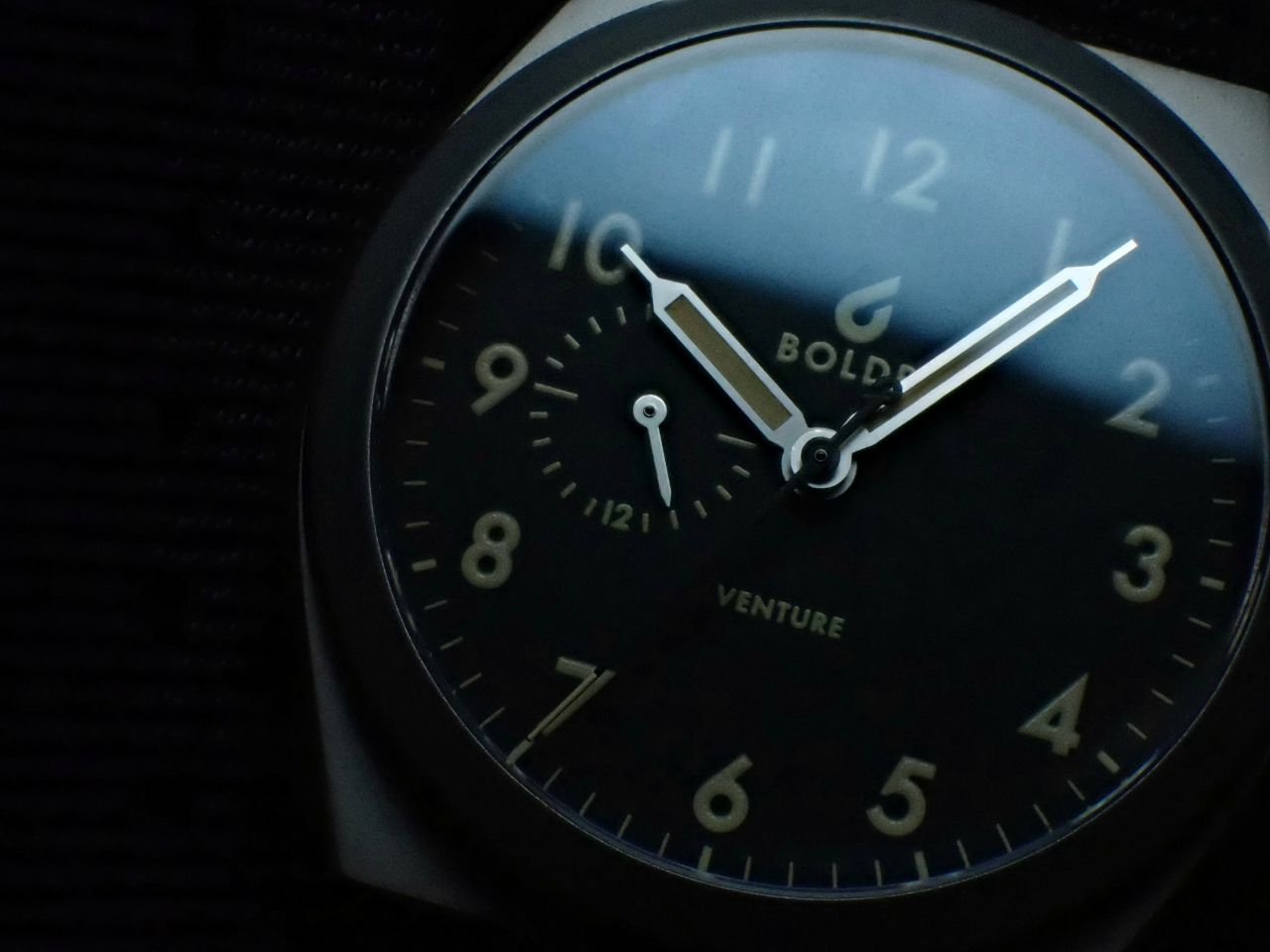 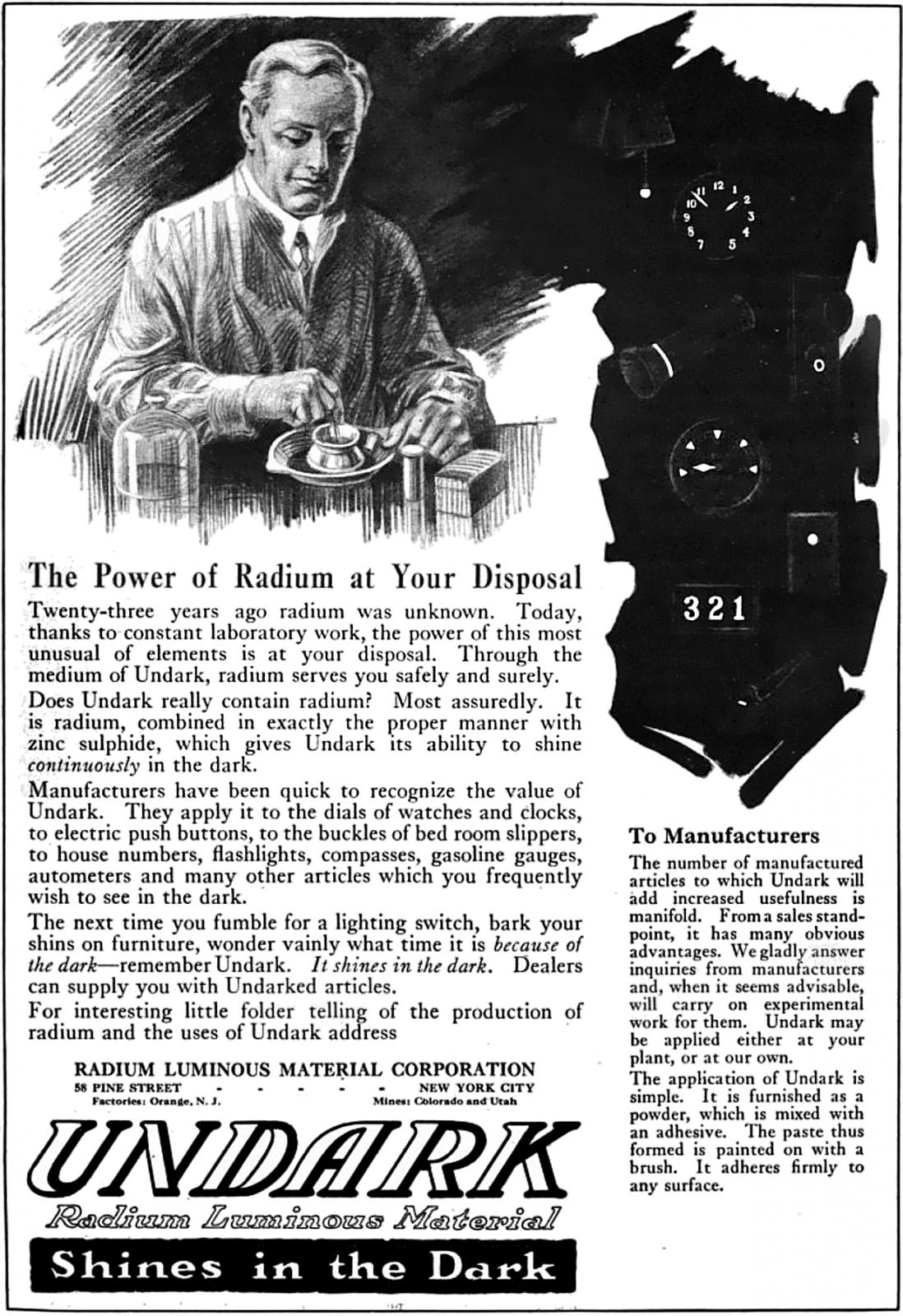 Neue Uhr: Fortis Official Cosmonauts Chronograph AMADEE-20: Amadee-20 | FORTIS Watches AG THE MISSION CONTROL BEZEL™ It takes an average of 10 minutes for a message from Earth to arrive on Mars...